The county organise a range of tournaments through the course of the year for example FastNet, Rotate8 and Lower Leagues. In addition many clubs organise their own events, often to raise money for charity.

Information about tournaments organised by the county and how to enter will be posted on the website.

The event was sponsored by Future Strategies LTD allowing all money raised from this event to go directly to the RVI children’s kidney fund.

Tobi Swinbank was diagnosed with renal failure aged 14 days old and due to complications died aged 18 months in 2010.
In his memory and raising money for continued research and support this event raised a total of £1463.20 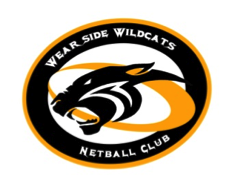 A total of 10 Ladies teams, 6 Back to Netball teams and 7 mixed teams entered the tournament and competed on the day.  The entry fee was £25 and all the proceeds went to the Acorns Children’s Hospice Charity.

Hasbeens won the Ladies tournament; Wildcats won the mixed tournament & Bede Bells won the Back to Netball tournament.  All the teams did exceptionally well and enjoyed the day.  This is now the 3rd tournament organised by Wearside Wildcats Netball Club & they hope to keep it as an annual event on the netball calendar.

The total money raised for Acorns was £875 which is a terrific amount and they would like to thank everyone for their contribution.

Acorns Children's Hospice provides care and support for children and young people who have life limiting or life threatening conditions. Emily Hart died in December 2006 shortly before her 6th birthday. As a two year old she was diagnosed with Metachromatic Leukodystrophy, a genetic disorder that affects nerves, muscles and other organs and slowly gets worse over time. There is no cure for MLD. Emily lived at home right up until her death but she went into respite several times at Acorns Children’s Hospice.

Their care was absolutely wonderful and is something we have never forgotten.

With the help of Gateshead Stadium Netball club, Kerry Smith organised a Christmas charity netball tournament to raise funds for the Eve Appeal. The Eve Appeal is a charity that raises awareness and does research into cervical cancer, this charity was chosen after Kerry’s 24 year old sister was diagnosed (and successfully treated!) last year. The tournament was a great success with 16 teams from across the region competing. The runners up were Broom Cottages and the winners were Speedwell. Over all the day raised £370 for the charity!